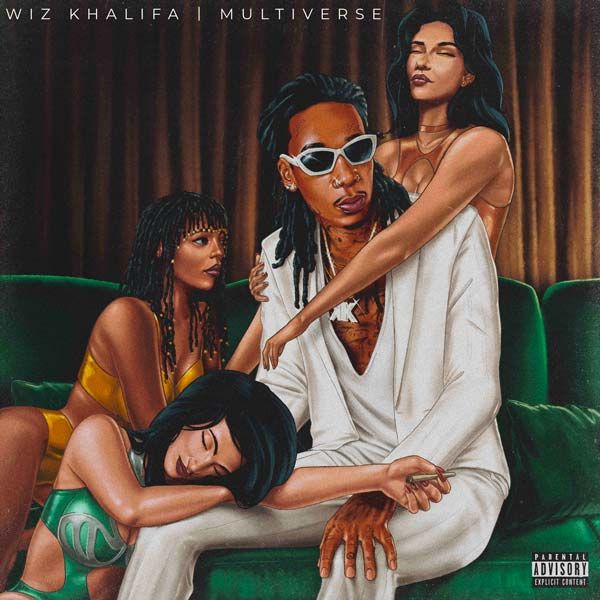 Wiz Khalifa welcomes you to the Multiverse.

The Taylor Gang boss returns with his first full-length project in four years. In addition to collaborations with THEY. and Girl Talk, the 17-track set includes the previously-released singles “Iced Out Necklace,” “Bad Ass Bitches,” and “Memory Lane,” plus production from Scott Storch and Hitmaka.

“Musically it’s really cool and it kind of takes you on a journey,” Wiz told Stereogum. “That was the idea behind it, just to make something that gives people a chance to sit down and really enjoy some shit.”

The 34-year-old Pittsburgh rapper continues to showcase his evolution on the follow-up to 2018’s Rolling Papers 2. “As an artist, it shows a lot of growth—things that people might know about me or they might not,” he said. “It gives me an opportunity to touch on a lot of different subjects and talk about things in different ways, but still get the same respect or reaction.”

Earlier this week, the Wizzlemania was in full effect when Wiz kicked off the “Vinyl-Verse Tour,” co-headlined by Logic. The North American trek, which also features 24kGoldn, DJ Drama, C Dot Castro, and Fedd the God, runs through September.