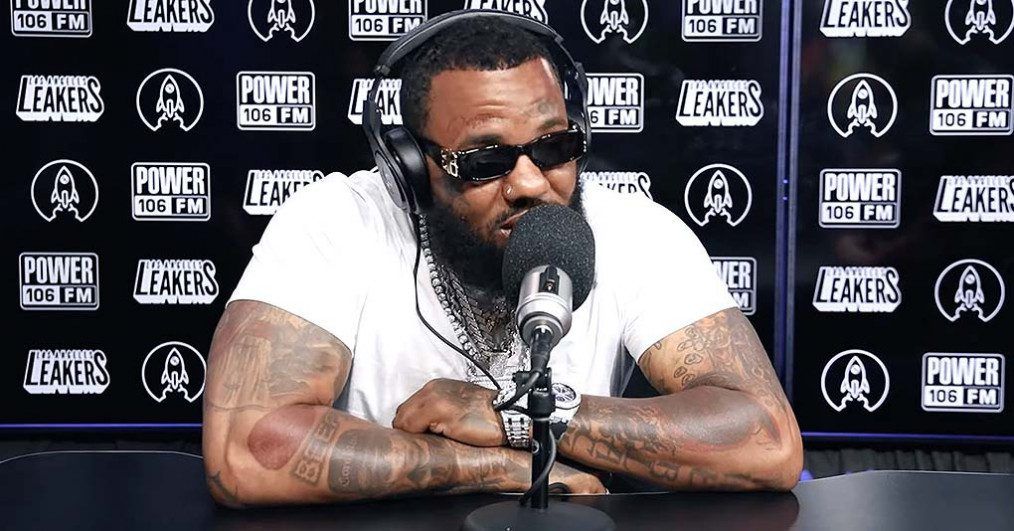 The Game is back with more blistering bars.

As he gears up to drop his long-awaited album Drillmatic – Heart Vs. Mind next month, the Compton rapper stopped by Power 106’s L.A. Leakers where he once again showed off his impressive freestyle skills.

Over an original Hit-Boy-produced beat, he started off by name-checking his former G-Unit members and Nipsey Hussle.

And he didn’t come to play games, boasting about his top 5 status. “Ain’t no competition, so Kendrick went to Africa / Ain’t no competition Cole went and got his baskets up,” said Game. “But I’m here masking up, with the masking tape, fiends knocking on the door, we closed, don’t ask for Ye / You see the Aftermath chain, then don’t ask for Dre / I’m a legend now, f**k when I pass away.”

During his 5-minute flow, he also compared himself to Eminem, who he’s called out in recent interviews. “I’m the Black Slim Shady / I’ve been killing them lately.”