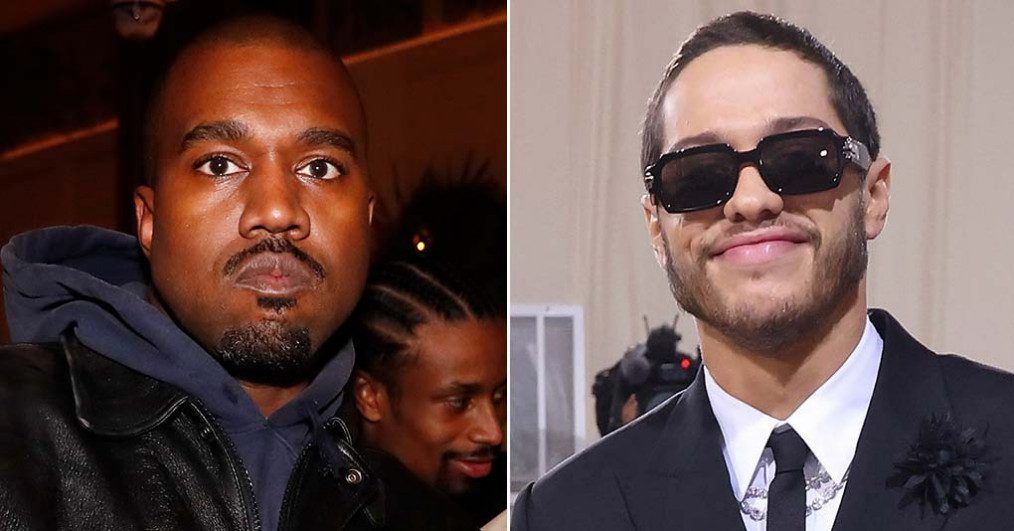 In a series of Instagram posts on Thursday, he called out everyone from Kid Cudi to Mark Zuckerberg to Kim Kardashian.

“Ask Pete how those tattoos of my kids doing in the trauma unit,” he wrote in a since-deleted post.

Prior to their split, Davidson reportedly got a neck tattoo with the initials of Kim and Kanye’s four kids–North, Saint, Chicago, and Psalm. According to multiple reports, Davidson went to trauma therapy to deal with Ye’s online harassment and bullying.

After news of their breakup last month, Ye celebrated by posting a doctored New York Times headline on Instagram that read, “SKETE DAVIDSON DEAD AT AGE 28.”

“Hollywood is a giant brothel Pornography destroyed my family I deal with the addiction instagram promotes it Not gonna let it happen to Northy and Chicago,” he said.

He also argued with Kim over where his kids go to school, Sierra Canyon or Donda Academy, his own private Christian school. “My kids going to Donda. They not going to Sierra Canyon. Charlemagne and the God and Kris. Get you motherf**king popcorn,” he wrote.

Kim also relayed a message from his former mother-in-law, Kris Jenner, in which she asked Ye to stop.

“Tell him to please stop mentioning my name,” the screen shot read. “I’m almost 67 years old and I don’t always feel great and this stresses me to no end.”

He responded, “Y’all don’t have so so over my black children and where they go to school. They will not do playboy and sex tapes. Tell your Clinton friends to come get me. I’m here.”

After Kim asked him to “stop,” he refused. “No, we need to talk in person, you don’t have a say so of where the kids go to school. Why you get say say? Cause you half white?” he asked.

He also posted the names of Travis Scott, Tristan Thompson, and Scott Disick, who have kids with Kardashians. “Calling my fellow c** doners. We in this 2gthr.”

Earlier this week, Ye accused adidas and Gap of copying his designs and excluding him from business meetings.

“Call me whatever names you want,” he said in response to the criticism. “If you don’t understand why I will not back down on my businesses, my brands, and my children then you’re the ones who are crazy.”