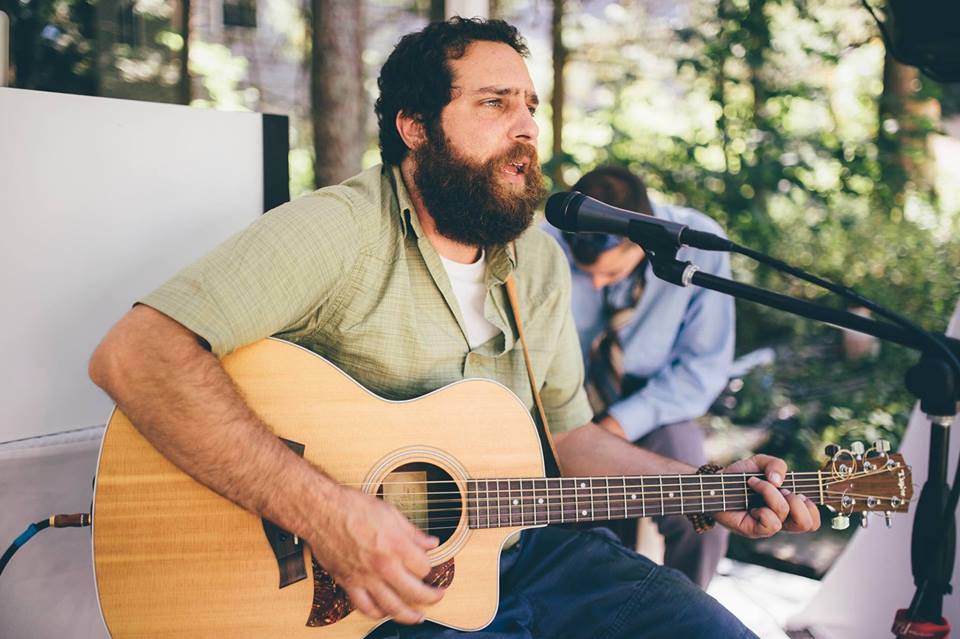 Meditative Animal is a rock and alternative artist based in Berwick Maine, New England. He recently released new singles"Echoes Left In My Head" and "Telescope Eyes" which are receiving radio plays in various cities in the United States.

Get to know more about Meditative Animal

In terms of genres I think of it as mostly indie alternative singer-songwriter folk rock, with some blues, hip hop, jazz, reggae and funk influences.  My favorite description of it was by my cousin in-law, though.  He said it has a timeless original sound, which I think is pretty on point.  There’s also a bit of variety from song to song, with some songs being folkier or funkier than others.  In some parts and songs my vocal delivery is more hip hop inspired, but in other parts I’m straight singing instead of speaking in key.

I was raised on classic rock like Led Zeppelin, Jimi Hendrix, The Allman Brothers, and James Taylor.  My dad actually used to sing me the song Wish You Were Here by Pink Floyd as a lullabye when I was real young.  In high school I got into the 90’s grunge and alternative scene like Nirvana and Pearl Jam, and was also really into Sublime.  Then I started getting into jam bands like The Grateful Dead and Strangefolk, and also into hip hop more, like Black Star, The Beastie Boys, and Jurassic 5.  I also like jazz like Medeski Martin and Wood, and John Scofield.  For reggae, Bob Marley and Peter Tosh influenced me, and funk influences include James Brown and Deep Banana Blackout.  I have also been influenced by Ben Harper, The Black Crowes, G. Love, Dispatch, and Jack Johnson.

Talk about the story behind your song “Telescope Eyes”

I was raised in a Christian family but was a self described atheist with an interest in science growing up.  In college I had a bit of a spiritual awakening and started re-examining what science and religion had to say and offer.  I have spent a long time meditating on and reading about science and religion, and had some questions and insights that I felt could resonate with a lot of people, so I wrote a song.  The first version of the two on the album isn’t as optimistic or uplifting, but provides a more down to earth, skeptic type of perspective on the same topic.  The reprise has been getting played on the radio so far, and that is the version of the lyrics that I usually perform live now.  The chorus is a triple entendre, referencing astronomy, astrology, and religion.  I tried to examine both sides of the coin and leave some things unknown with my lyrics, because I felt that it reflected the subject matter.

What is it about the song that fans are connecting to?

I think I try to provide some important questions and answers about a hard topic, and people can relate to the lyrics.  I also tried to be somewhat poetic and vague to avoid being preachy and let the listeners relate to it in their own personal ways too.  Maybe some of them like the poetically conscious, meaningful lyrics in a sea of shallow, materialistic lyrics they hear in pop culture.  I also think the song says a lot without having to say much, so some people like that it’s potent and universal.  Plus Chris Plummer’s instrumentals are pretty cool and definitely help add to the vibe.

How does the video for “Telescope Eyes ” play into the message of the song?

Well, the only video I have currently for Telescope Eyes is a solo performance from a festival on my YouTube channel.  I guess it’s just my perspective that I have to offer the world with this song, so the solo live aspect of it is a bit symbolically appropriate to an extent.  Plus, in the stripped down arrangement maybe more emphasis is put on the words and their meanings.  I might like to do a concept video for this one eventually, though, with some more imagery and style.

I am basically at least one of my own producers, with some say in the production of all my songs, though the other musicians I work with compose their own parts.  I know some people who are better at recording software and audio technicalities who help me with recordings sometimes, but my ear plays a major role in the adjustments and tweaking.  Chris Plummer and my brother John Dixon Mirisola co-produced the songs they were involved in, and for my next album Mitchell Parker will be helping me to co-produce.  The first album, Philosophical Gear, was produced entirely in home studios by the musicians I worked with and I, and then mastered by professional expert Phillip Klum at Phillip Klum Mastering, Inc.

What can fans expect from a live Meditative Animal performance?

First of all, I usually don’t play a song exactly the same twice, note for note, through and through.  So there will be some improvisation to keep it interesting and fresh, too.  Secondly, I’m kind of like a not-so-solo solo artist, so I could be by myself, or accompanied by different musicians at different times.  Sometimes I will play a stripped down version if I’m solo, or maybe some longer instrumental jam sections could be part of a live performance with accompaniment, too.

I’m currently working on my next album release, Social Gravity, which will hopefully be coming out either in the summer or next fall.  I may release an EP of several of the album’s songs in the summer, and then the full length album in the fall.  There are already some demos and raw recordings online from the next album.

I’m psyched to be working a lot with my brother John on my next album actually, because we have a great natural chemistry.  In terms of people I haven’t worked with, I would love to collaborate with Ben Harper, Jack Johnson, G. Love, Jewel, Tim Reynolds, Victor Wooten, John Scofield, or Jurassic 5.

They can share it on social media, show their friends and families the tunes, make requests at radio stations, and buy songs or the album.

It’s a great way for me to share the latest news and tunes with fans.  Sometimes I do free downloads of songs and post alternate versions of songs that I share on social media.  I also provide a little personal commentary and cool links to meditation and consciousness geared topics from time to time, so fans can get to know me a little better, and maybe themselves and the human condition a bit too.

Thank you so much, from the bottom of my heart, for any and all support!  I hope I have provided you with something worthwhile and enjoyable.  I wish you all peace, love, and happiness.  You are all in my prayers and thoughts.  Rock on!